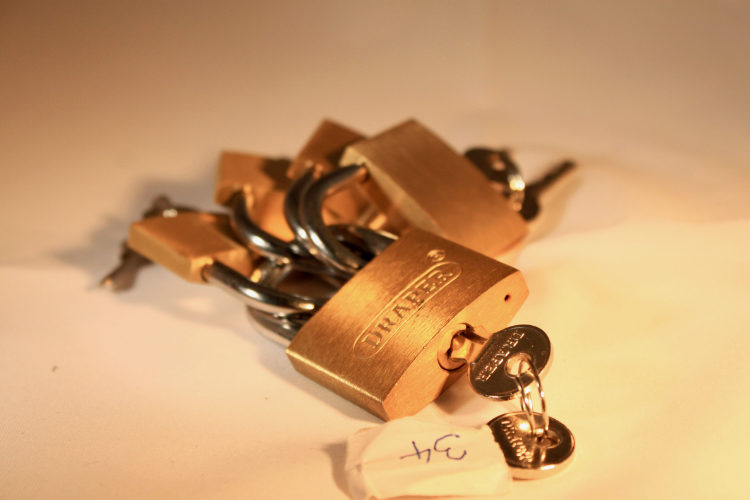 I am writing this report as ordered By Master Lupus who I was honoured to serve over Folsom.

I found out about Master Lupus from a good friend of mine – Master Bear. I think we had known about each other for a while, but we first met in person at Easter at a cafe. I happened to be meeting with Master Bear and Master Lupus then appeared. I waited for my moment and plucked up the courage to give him my slave business card which gives the web address for this blog.

Since then we have been talking through Whats App every so often.

Then at the start of Folsom I was lucky enough to meet up with Master Lupus and an Alpha friend of His for a coffee. We sat down and shared our thoughts and philosophies over Mastery, slavery, living fetish as a lifestyle and the fetish scene in general.

It was an amazing chat. It can often feel lonely looking for lifestyle in the current fetish scene – which currently is focussed more on gear and sex. To chat with two people who see and want connection, and understand the energy in domination is spiritual was amazing.

For a few days i was thinking about Him and whether i should ask for the possibility of serving Him at some point over Folsom. so on Wednesday i did.

To my surprise and delight He replied quickly to me saying that some time should be possible.

So we met on Sunday for me to serve Him.

i was very nervous to go. It would be my first time serving anyone at the new Qualgiest, and apart from a serving a very good Master this year for a week, I have not really done any training or service for around 18 months.

But despite the worries and nervousness I headed onwards to Qualgiest. The first surprising thing was I did not have to queue! I had somehow appeared at the magic hour in Folsom where I could walk straight in there.

i then went up to the smokers lounge to present myself to them. Instantly I was ordered to worship Sir’s boots. It was strange. Boots! They feel like home to me. I worry about serving, being a slave, but given the chance to worship a Master boots,  i hug them close and start licking as hard as i can so the Master can feel it – it is such a natural thing for me to do.

He mentioned He’d had very intense experience before i had arrived so He was not sure if He could do anything. I told Him i had no expectation (as i knew this was a busy week for Him). i hope that helped Him realise there was no pressure.

one of the things He did many times in those first moments was to look at me with His Wolf eyes. over time i felt my slave self grow and i stared at him with more and more submission. In the animal world when an animal dominates another the submissive looks away. But as i was staring at Him with submission (and i hope very little ego), and it felt very right to do that.

Master Lupus moved me to worshipping His boots again, and then eventually His cock. Before i was allowed to suck His cock He made stay there and wait – staring at His cock, having it so close i could lick it, but i had to stay still, and let Him build the energy between us. at one point He took some pre-cum and wiped it under my nose and smell it. it felt so right and good.

and then finally He let me worship His cock. i felt out of practice – not quite remembering how to breath and keep sucking, and my throat was much less trained to take it deep, but i tried to give Him as much pleasure as i could.

i also kissed and worshipped His body, licked His pits, smelt Him and breathed in His scent. And He guided me through His body, smelling and worshipping Him. One of the other things He did was to breath His Breath onto me.

one of my huge memories at this point was both Him and his Alpha looking down on me, both dominate and me looking up. submissive, safe, and happy. It was an amazing feeling to see these beautiful, amazing Men looking down at me. it was like a fantasy come true.

and then i was sucking His cock and then His Alpha’s cock. again it felt so natural to do this.

when i was sucking the Alpha’s cock Master Lupus was hitting my back side, but i did not squirm or move. i was so fixated on giving pleasure to the Alpha.

at another point i was worshipping His boots again – but for a longer time. i will say at first i struggled. that feeling of boredom and wanting to move onto something else came into me. but over time a more natural slavery came over me, and it became a more primitive need to worship the boots. When that happens time becomes secondary and something instinctive and natural arises in me to lick and worship with emotion and less thought.

Over time the intensity had gone up and up, so He then bought me down to rest and told me to lay at their boots and rest on them. i went to a really calm centred place. I focussed on my slave self and slowly meditated to open myself up further to Him and His Alpha. i think He might have thought i was dropping to sleep, as He called me. i was alert instantly, but He still wanted me to stay there and rest.

I had now opened my eyes, and it was at this point my meditation to open more was a little disturbed at the sight of superman smoking a cigarette with kryptonite hanging around his neck. It was not something i was expecting to see in any scene, session or fantasy! 🙂

Then He asked me to wait downstairs in Qualgiest while He got His Alpha ready. Although I was on my own kneeling, I was quite happy to wait there for Him.

He then came downstairs with his Alpha. The Alpha had a big muzzle/mask that looked like something like Bane in Batman. He looked fucking amazing in it.

I then followed them into the play space. Then there was something Master Lupas did between Himself and His Alpha. There was this energy between them, and it was an interplay of domination and submission. The energy between them was very intense and at first i need to keep my distance.

but i was also very curious. i recognised the energy and the battle going on as one i had been through in the past.

at one point with the energy between them i felt them both go very dominate and i instinctively lowered by head into submission to this dominance.

Master Lupus wanted me to stay close to Him, so i did, resting my head on His shoulder or holding His hand. i stayed alert so when He needed to focus, i would move back to not distract Him and then come back to Him when He was more relaxed.

this was something i had forgotten, the simple task of focussing on the Master needs – and how much joy i haven doing it, but also how natural i find it is to do this. it does not drain me in the way it does when i support and help other people.

for my last relationship, by the end i had been focussing on my Master for a long time and it became easy to know what He wanted, and to not be uncertain. But with a new Master i have no idea, so things are more uncertain and in return i am more shaky on what i should do. How can i serve Him? how can i make things easier for Him. when He says or does something i jump more as i am uncertain as to what is needed or what His style requires.

After He had finished this scene with His Alpha we went upstairs to relax. After He had another cigarette I then had another intense moment with Master Lupus. i was sitting on the sofa and He became very wolf like. i focussed on keeping open and connected. i felt His claws on me scratching into me, on my stomach and chest. I focussed on accepting them, and on not pushing away or flinching. at one point He went to bite my throat, and i extended my neck to show all of it to Him, to give up all defences to Him. to trust in that raw power of my vulnerability and His Mastery and animal nature.

i felt His energy and mine. at one point i literally felt this energy coming out of me. i have never had anyone take energy like that. i have always focused on giving energy, but i think most people have not understood and the few that did, do not know what to do with it.

but with Him I feel He knew to take it. and as Him take it, He went onto all fours as the Wolf.

And then He came and stared at me with His eyes. I cried from the energy, the rightness and the passion of it, of giving to Him and offering myself to Him.

And then – with regret – the night then slowly came to an end.

As I waited by the cloakroom. I felt like I was balanced for the first time in a long long while. i had served, and for a moment, had found home.

He was very happy with me, and said He was proud – which really hit me in the heart. I had served Him well