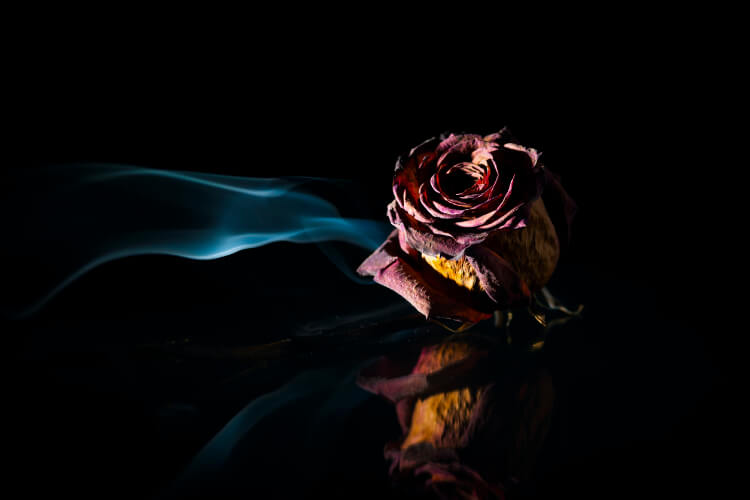 Studio shot of a dried red rose on glass plate in spot light in front of black background with smoke banner.

In 2013 I started to talk to a Master in the USA called Master Matthew. I was terrified about speaking to someone so real, and who was looking for one of the most intense forms of slavery I’ve ever come across.

At the time I had been through a traumatic experience with a Master and had emotionally closed down and had walked away from slavery. Eventually the pull of service was to much for me to ignore and I embarked on a journey to refund my slavery. Master Matthew kindly took the time to guide and help me, allowing me to realise that true service comes through emotion.

Now stop and think about that for a moment. Imagine trying to explain to someone who has shut off emotions that they need to feel again. It is something that you can understand on a theoretical level but it is not something you can feel, or practically understand until you are able to start feeling again.

So over a long period of time – it could have been over a year – He patiently kept on explaining this to me. I remember at the time struggling with it. All I knew was when I tried to serve someone, something was missing, and I did not know how to get it back.

But eventually I did, and my ability to serve came back stronger by understanding how important emotion is to slavery. And that was thanks to Master Matthew.

I think we were both surprised that over the years we kept in touch, and slowly over time, we found a relationship forming. One where we supported each other through the hard times and celebrated through the good. He is also the only Master I have ever bough a tribute for – to thank Him for all of His help and support over the years.

I remember when I first met the Master (who I eventually moved to Berlin for), how deeply I felt emotions for Him, and how proud Master Matthew was of me reaching this step.

Strangely enough I never served Him. With Him being in the USA and me being British, I could never be HIs slave in the way He wanted (as I would need a job to move to the USA).

Last year we did agree that I would come over to visit for two weeks. But the fates decreed it was not to happen. First I had to move the holiday due to my work. And then my depression set in. I think He had been hoping to catch me before I crashed down to the ground after the relationship failed. But crashed I did, and we both agreed that it was best to delay visiting until I was better.

Last weekend I had a message from Him saying He would retire. He’d had enough of fakes and with what the scene was turning into.

So this article is for You Sir. My life will be smaller with You no longer in it, but it is far bigger because You were.

Thank You Sir, and good luck to You.

Chat with the Master/slave Community

Join and chat with a new Master/slave Lifestyle community. Now on special offer!

Only 2 euros a month for December and January

Be coached by me

How to become a Master or slave course