Why a slave needs ego. Contradiction or not? 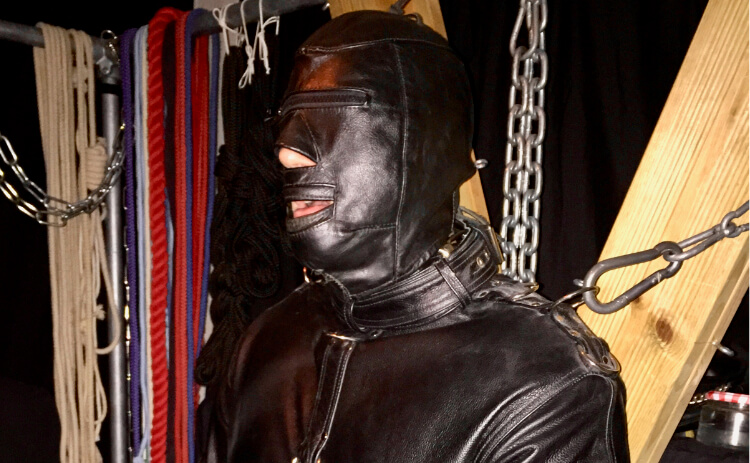 A few articles ago I wrote why a Master needs humility. This time I talk why a slave needs an ego to become a slave.

Why is a slave having an ego controversial?

In my discussions with Masters, and with my learnings, a slave needs to let go of their ego in order to serve well.

In my most intense moments of serving, looking back I can see my ego was lowered to allow me to serve a Master better. And with a good Master, in a long term situation I have found myself on a journey where the Master is skilfully lowering the ego and opening up my submission and slave self.

So if becoming a good slave is to lower an ego. Why would one also need a strong ego?

To give up control to someone else requires strength

To make the decision to live a very different life such as slavery requires strength. A strength of self and a certainty to want something that is different.

Some people try to become a slave to get away from their issues in their lives. But that is not a good reason to become a slave. To actively make the choice because you need it, as opposed go running away from life, requires strength.

To decide on 24/7 slavery goes against society’s expectations. It is even seen as strange and “not right” with many people on the S&M scene. To play slave yes, but to want to do it full-time – that is strange and unusual.

So there is a lot of pressure to not be a slave. To make a different decision. To decide to become a slave despite all of that pressure requires much strength of self in the slave.

This is an article in itself (which you can view here), and something I had not realised clearly until about two years ago. There is a big difference between obedience and submission. Submission being the act of choosing to serve. To gift the Master with your service rather than being forced.

To make that choice to serve repeatedly requires great power and strength within the slave.

There was a very serious Master I served once in South Africa. For a period of a week I was locked in the dungeon the entire time, and when not being used often caged. It was total control for the entire time I was there.

Each day He would give me a choice: To be whipped across the back. If I said yes, He would do so, and I would be used in service for that day in however He wanted. If I said no I would be locked in the cage for 24 hours before given the choice again.

To this Master. He did not want my obedience through force. He wanted my submission as a gift. Something that I would freely give. And each and every day He wanted that slave to make that symbolic choice. To give their body to the Master to mark as He saw fit, to choose to submit to the choices, decisions and training of the Master.

A slave needs great strength to do this.

It is easy to force someone to do something. To make them want to do it. To gift it, is something far more powerful.

I have been unlucky and still have not found the right Man to serve. There have been Masters but they have not worked out. Some of these times have been very distressing, and they have taken time, and a lot of soul searching, to recover from.

Last year (2017), after moving to Berlin to be closer to a Master, I found the relationship not working – due to events beyond our control.

So after giving over to the Master large parts of my life, I am now in the process of having to take my life back and take control again. It is a painful process and one that requires strength. In a way I am also claiming back more of my ego. It is something I must do in order to move forward and to find a new Master – and to then start giving my ego up to the Master again.

To want something so different requires belief. You need to whole heartedly believe in yourself and your mission. I often think of belief as a fire. A fire needs to be fed to keep going, the more you feed it the brighter it gets. This is the same for belief. You need to feed the fire of belief.

But when things go wrong, you can start to doubt yourself. You can have a crisis of faith.

Unlike religion, when you choose something very different to believe in, you can decide to change it. And based on what has happened, perhaps you do. At worse you could choose to given up and believe in something else, or maybe nothing at all.

To look at your beliefs, modify them, and to then take another a leap of faith to believe again is very hard. To do this repeatedly requires strength, certainty and ego.

No one else is going to help you get there

When it does go wrong, the only person that can help you is you.

So despite the end state being a lowering of ego, if things go wrong, you need to support yourself. You need to help yourself. That requires ego.

From binding to someone and giving to them, and then depending on them, maybe becoming part of a supportive leather family, if it goes wrong for whatever reason, you end of on your own.

I once had a situation where I joined a stable of slaves. The Master became very manipulative and threw me out due to an issue of his own creation. The manipulation and subsequent throwing out of the stable was very damaging to me.  Once he threw me out, all that support from the stable, from him, was cut off from me.

I would like to say this is an edge case and does not happen often, but unfortunately it seems to happen far to often in the scene. There are many unsavoury people around, and a slave needs to take care.

Ego can be hindrance to serving. But it is also has a very important role as a protection of self.

In an absolute relationship, at some point you may want to give up on your ego completely. But until you are at that decision point, you still need to protect yourself from harm.

At the start of a relationship a slave needs to protect itself. And then over time as trust builds, the slave can allow the protection to slowly drop.

Unfortunately there are a number of people out there, who claim to be a Master and want a 24/7 slave, but are very unstable.

A slave needs to find out what sort of Master they have met, just as the Master is trying to figure out the slave. And both need to learn to trust each other slowly over time, step by step. As the trust builds, the slave can slowly allow the protection, and therefore their ego to drop.

To become the best you can be

Many Masters will require a lot from their slaves. Becoming the best they can be, having the best body they can have. To be good at the skills the Master requires. Maybe to have a good job.

Often a Master, or someone pretending to be a Master, can quite often say you need to let go of your ego, or you have to much ego for them.

So if you are a Master, think about why a slave may need an ego when they first start serving. That slave may have gone through a number of painful experiences, but despite that, learns from the experiences and still chooses to continue serving.

This all requires ego.

A Masters job is to harness it into service. To start moulding and shaping it to the Master’s needs. But do not complain that a slave may have an ego at first. It may be the only thing that has kept that slave searching for a different life and allowed them to find you, despite all the hardships and pressures against the slave from doing so.

And a slave should realise the strength they need to make the choices to decide this lifestyle, to believe in themselves and their journey, and to improve themselves to become the best slave they can be. 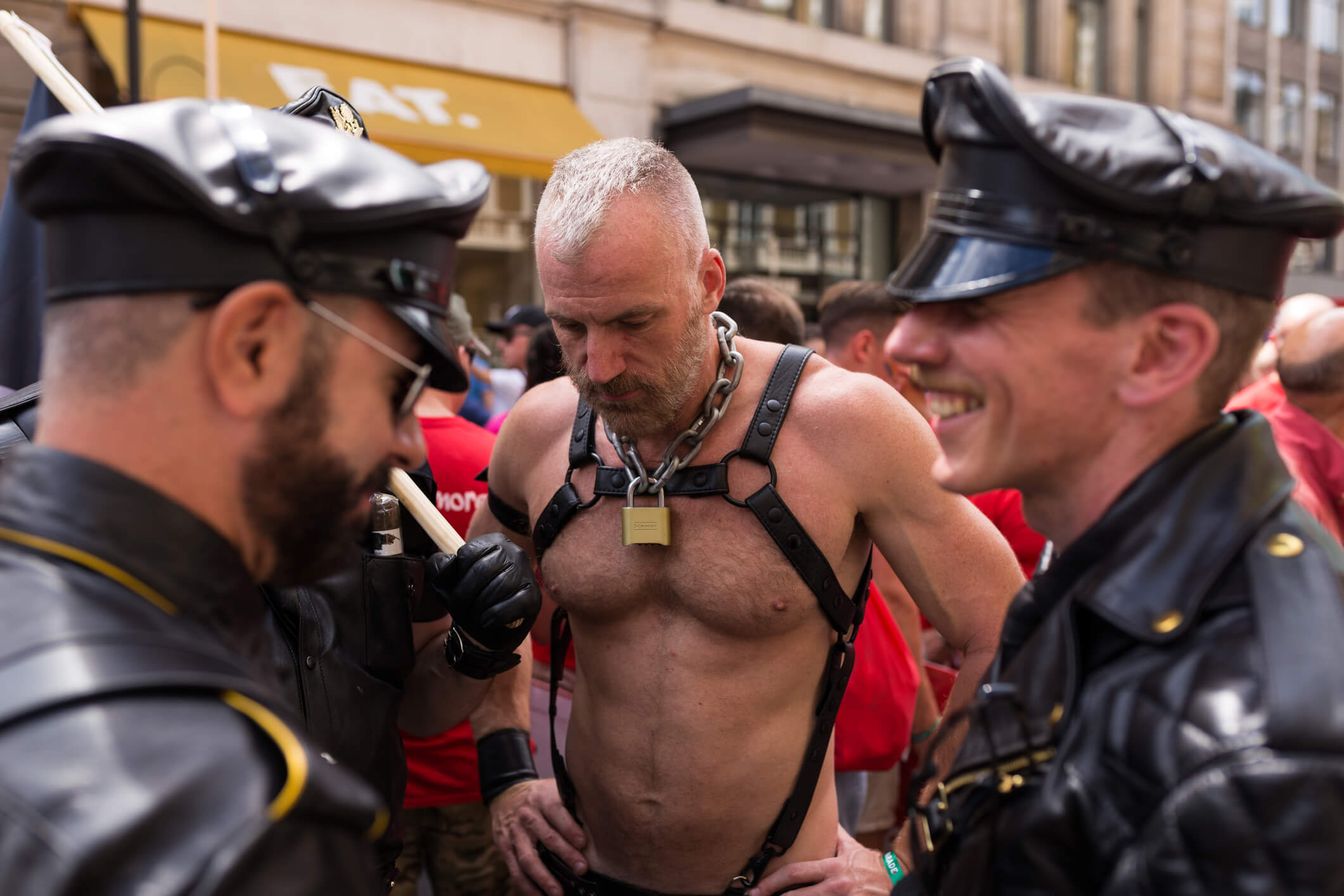