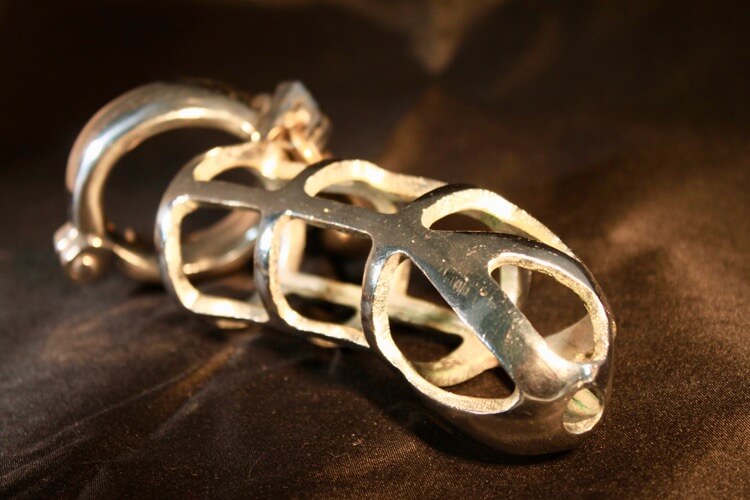 The process for me to accept I wanted 24/7, and then the courage to start looking for it, was a long one. I wish I had known how hard it actually is to find a true 24/7 Master, as I would have spent much less time procrastinating over the decision.

And the search is really hard. For anyone – Master, slave, leather brother – who is seeking the other – will find many people are actually fantasists and not really looking. Then with what is left some are incredible unstable, and others dangerous. And then with those left it is like any relationship. Trying to find someone you can trust and live with – all be it in a very different way.

It is a path fraught with difficulties and disappointments.

So how do we counter this, how do we deal with the challenges on the path we choose.

We often relate belief to religion, a belief in a god or gods. But I think it is wider than that. All people need to believe in something.

As humans we all want to believe in something greater than ourselves. I think we are hard wired to need this.

For me the belief I have chosen is that I am a slave, and I need a Master to serve. To put it another way: I have been put on this planet to help people.

Belief is a fire

I like to think of belief as a fire. A fire must be fed fuel to keep going. If starved of fuel a fire will go out. And the more you feed a fire, the brighter it will shine. This is also true of belief.

If you do not feed your fire of belief it will start to stutter and go out. You will feel doubts and wonder whether it is true. The more you feed your belief the brighter tit will shine, and the easier it is to follow.

So when you choose to believe in something, you also need to keep that belief healthy, to keep its fire going and bright.

A crisis of faith

Believing can be easy when everything is going right. The fire of belief feeds seems to feed itself and you do not need to worry about it. But it is when things go wrong you need that fire well lit.

It is during the dark times that the fire of belief will help bring you through a dark time. It helps light the way.

But sometimes you can stop believing, you can start to question yourself. It is a crisis of faith.

If you have chosen something such as slavery to believe in, it is an highly unusual belief. It is not an organised religion where you can speak with people, ask for help, or seek guidance. For me is has often felt like a belief of one person.

I am very open with my friends and acquaintances about what I seek, but they do not share the same belief. In fact some maybe very against my choice all together and will try and get me to break this belief.

So when I have gone through this crisis of faith I have had to deal with it on my own – I do have friends support me during hard times, but they cannot help with this crisis. But it terms of what I believe or not believe, that is something I must deal with myself.

And it can be healthy to question your believes and faith. To not do so can make you a fanatic, and like most fanatics, you become blinded by your faith.

So although a crisis of faith can be hard, it can also be a healthy way to question yourself. I have been through two crisis of faiths. Both after a relationship with a Master has ended. One of a few year ago, and one which I am going through now.

They have been dark times, and can be very hard.

But i find myself coming out of them with my faith stronger, and also wiser. I have looked a things, made changes – including changing things to be more healthy – while still in the end believing.

And when I can light that belief and feed it, so it can help me out of the dark place i find myself in.

Often when we choose something like slavery it is from a deep emotional need. It is something that caught us long ago.

I sometimes like to think about this like a dream. Dreams can catch us, and take over us. Some dreams are small, while others are big. Some dreams can take us to the highest of the mountains that dazzle in the sun, and also to the deepest darkest valleys, where there is no light.

In Psalm 23:4 English Standard Version (ESV) it is said: “Even though I walk through the valley of the shadow of death,.” I wonder if this comes from those dark valleys our dreams can sometimes take us to, where we can question ourselves and what we believe in.

A perspective I have found helpful is that a dream can take us on a journey, to the mountain tops and to low dark valleys. But we may have very little control of where that dreams takes us. We are merely a passenger as the dreams flies around trying to become true.

So if we have no control of when we have the dark times or the good, what can we do?

A good example is last year. I have moved to Berlin. My relationship with a Master has failed. My work is a nightmare, everything I try and do goes wrong with a great amount of stress while I try and fix an increasingly large pile of issues. My health has failed. And then I fall into depression – which is another think you cannot control. And with very few friends or support in the city I am living in.

And then rather than things get better, things get worse. I ended up going to doctors to then be sent to the hospital right away.

As I sat in my own room waiting for doctors to check me, I felt the lowest I had in a long time. At this point I had been told to expect I would need surgery. I only know 3 people in Berlin – one of which is my ex Master – who I will need to ask for help – and I will need to cancel a holiday (the 3rd holiday to cancel that year.

And then I remembered the phrase: “to dance through life”. I somehow managed to see the funny side of all of this. And there was a lot to laugh about. I am sitting on a hospital bed with my naked arse up in the air, with different doctors coming in to examine it, speaking in german with each other (which i cannot understand), before walking out, and another set of doctors coming in to look.

And then a certain point they leave with the door wide open, for everyone to see me in my glory. I look back wondering what is going on, and someone walks down the corridor offering slices of cake from a large tray to people.

How can I not laugh at the absurdity of all of this.

And somehow in that moment, I felt a great weight lift from me. I realised there was nothing I could do but to choose how I could react to this. I chose to react with humour, and a curious delight.

Luckily about an hour later I found out I did not need surgery, and I felt even better.

But in a year of being knocked back again and again, I finally realised that there was nothing I could do, but control how I could react. And I decided at that point to dance though it.

I remember a phrase from the West Wing, which in turn comes from move called The Lion in Winter.

“You fool! As if it matters how a man falls down.” To which his companion replies: “When the fall’s all that’s left, it matters a great deal.”

Choose how you react

A dream, or faith, or something you believe in, will take you up to highest of heights and crash you down to the darkest of nights.

By choosing to believe in a dream that is different – such as Master / slave, or living this as a lifestyle – will take you on a journey. It will take you to the highest and greatest of experiences, and also to the darkest of despairs.

And in that place you may question your beliefs, and wonder whether it was worth it.

But remember when you experience that fall, the only thing you can do is to control how you do so, as that will help define the person you will become.

I choose to dance, and to believe.

Do you have a problem or issue that you wish you could speak to someone about?

Introducing Mentorship And The Moulding Of The Slave